An expert in commercial management has been awarded an honorary degree from the University of Wolverhampton for his contribution to the £100 million Springfield Campus redevelopment project in Wolverhampton.

Andy Walder, who has worked on developing training for high profile construction projects including the London Olympics in 2006, and who lives in North Wootton, King’s Lynn, has been awarded a Doctor of Technology in recognition of his contribution and achievements in the hospitality and construction industries.

Andy is an experienced leader with a background in commercial management in the hospitality sector and vocational training in the construction and engineering industry.  He started his career as a graduate trainee with Imperial Foods before progressing into management, specialising in sales, marketing and development.

He was a director at Whitbread and Allied Domecq before joining the Construction Industry Training Board.  In 2006, Andy initiated and led on the development of a construction training facility to support the building of the London Olympic Park and in 2009 helped to establish the Tunnelling and Underground Construction Academy to support the Crossrail project.

He has been instrumental in the development of the Springfield brewery site and the creation of a new centre of excellence for training in construction and engineering.  Now semi-retired, Andy is Chair of Freebridge Community Housing, Director of the Ad Meliora Primary School Multi Academy Trust and a Governor at his local hospital – the Queen Elizabeth Hospital in King’s Lynn.

Andy said: “I am proud and honoured to receive this award from the University of Wolverhampton but also humbled, because all these achievements have been made with the support of talented teams.  It has also been a great joy to see so many young people develop their skills in order to become the best they can possibly be.”

Honorary awards are presented by the University of Wolverhampton to people who have made a significant contribution to their field of expertise.

For information about courses to study at the University visit the website. 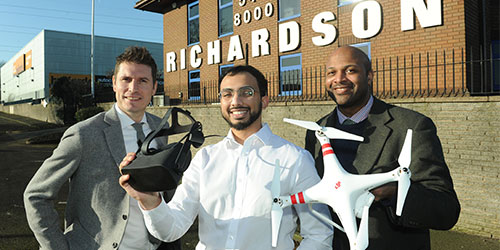 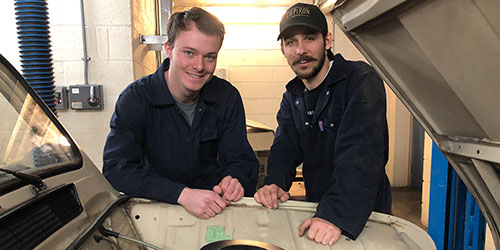